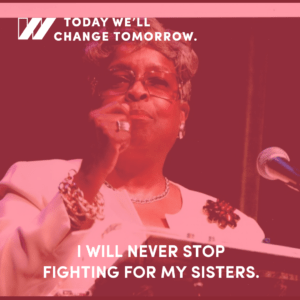 Yvonne Singleton Davis was born and raised in New York City, and is the Founder, President & CEO of Sister to Sister:One in the Spirit, Inc.  She strongly believes that she is living in her Divine purpose, impacting the lives of girls and women of color.

She is a published author, a contributing writer to, and recently made Assistant Editor-at-Large for the Gumbo for the Soul Publications, published out of California; and has contributed to Gifted Women, an online magazine. As an educator who is very savvy when it comes to advocating on behalf of the children she loves, Yvonne grew increasingly frustrated with the misconception that teachers were solely responsible for the city’s failing schools, so she courageously decided to speak the truth, stepped out on faith, and authored a riveting, jaw-dropping, must read book, entitled Teachers Under Siege.

Yvonne has a Bachelor’s Degree in English, a Master of Arts Degree in Language and Literacy, and a Master of Science Degree in Administration & Supervision, each earned from The City College of New York. She was a featured educator in a past documentary aired on WABC-TV’s “Like It Is,” with the late Gil Noble; she made a guest appearance on a talk show aired on 98.7 WRKS-FM Radio in 2005; and again, on 90.3 WHCR in 2011.  She’s been nominated to receive the Walt Disney’s American Teacher Award, and is a multiple year honoree listed in Who’s Who Among America’s Teachers, where the best teachers in America are nominated for induction by the best students of the same.  In June of 2013, she received a Community Service Award from the Waverly and Thelma Jones Educational Foundation, Inc. She is currently on the Board of the Central Harlem Senior Citizens Centers, Inc., and holds memberships in the National Association of Black Journalists (NABJ) and the National Council of Women of the United States an affiliate of the United Nations.

Among the myriad of influential women in New York City, Yvonne was selected for inclusion in the November 2015 issue of the Women of Distinction Magazine, where she is featured in an article highlighting her passion and work with the Sister to Sister Organization. Check out the article here.